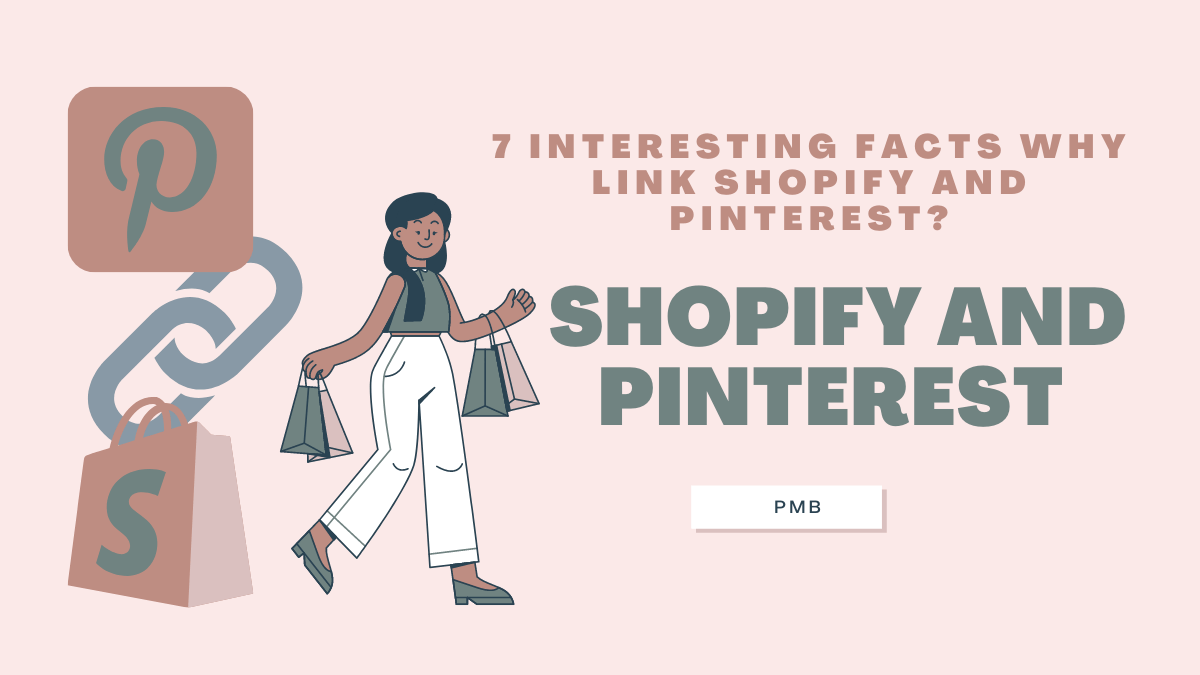 Although! Shopify and Pinterest are two different platforms but correlative for an online business to make their presence and grow.

I’m covering 7 interesting facts about Shopify and Pinterest. These are the most important facts for small and medium online businesses.

Do you know Shopify and Pinterest’s partnership? If not? then you will learn, how you can get benefits from the Shopify Pinterest Partnership.

This one step only helps over a million small businesses to increase their sales.

Apart from the Shopify and Pinterest Partnership. There are more things you can enhance your Shopify sales through Pinterest.

let’s dive into detail 7 facts about Shopify and Pinterest step by step?

Oyelayo-Pearson he is the Director of UX and Financial Services at Shopify claims that 76% growth has been seen after the announcement of Shopify and Pinterest Partnership.

So what does it mean? Most of the small Shopify businesses going toward Pinterest to foster their sales and scale their businesses. For instance, Jennifer Fisher, Sukoshi Mart, Rothys, and PDPAOLA brands have seen success using Pinterest App on Shopify.

What you can get? This great partnership has been made for small and medium businesses like yours. Currently, It’s working in the following countries ie. US, UK, Australia, Spain, France, Italy, Germany, and will be soon extended to 27 more countries.

So its means you can grow your business in over 27 countries and target over 400 million people.

The app also makes it easy for you to reach more people and retarget the peoples they have engaged with your pins.

There are five things that every Shopify business owner should do for Shopify Pinterest integration.

Why claim your Website on Pinterest? This question is mostly raised by online business entrepreneurs. The question is also important for every business owner who wants to start selling their products on Pinterest.

When you claim the Shopify store on Pinterest, Pinterest allows you to watch insights about your pins. That helps you in some questions like How many impressions came on your pins, how much reach do you have? and how many people clicked on your pins and visited your website?

These insights will help you to reach the proper audience and improve your pins designs.

Pinterest is an interesting Social Media Bookmarking platform where you can see the detailed insights and performance of your account and the people’s interaction with your pins. That helps you in decision-making about content creation, target location, and much more.

This is the best thing I have felt in the Shopify and Pinterest Partnership program. Why? Because now on Pinterest you can grab your Shopify store catalog to Pinterest feed up to 20 Products. wow

Grabbing the Shopify catalog to Pinterest? yes, dude means you can now show your products in Pinterest feed in the form of shoppable Product Pins.

Dude, you don’t need a lot of effort to make on the buyable pin rather than sync your Shopify Catalog to your Pinterest business account with a few clicks.

Before you get started with the catalog, you will need to claim your website, set up Pinterest tags on your Shopify store, Prepare a list of your products, required fields, optional fields, Optional tax and shipping data.

Some required policies should be present on your Shopify store before Pinterest Shopify integration. We will cover the policies later in this article.

Pinterest Shopify has also launched a multi-feed support system for merchant catalogs. This new feature will allow an online business to show your products in multiple related feeds in the same Pinterest business account.

The most interesting thing about this feature is you can upload the different catalogs to different specific markets. With different prices, languages, and different products.

Rich pins ( Products Pins or Buyable Pins) are the most desired option to improve your sales. What do Rich pins? Rich Pins or Products pins give the option to your customers with a direct buy button on Pinterest. Through which users can easily buy any things shown in the rich pin.

Neither anybody can buy through your rich pins but Pinterest also allows you to automatable sync the information that you make changes on product pages on your Shopify website.

For example. If you have a Fashion shop and you want to make changes to the specific product that product have also a Buyable pin on your Pinterest Business account. If you did changes in title, product description, or price it will automatically update in the Shopify Pinterest rich pins. So its means you don’t need to manually update anything in the rich pin.

This is a very easy way and let your customers that your Shopify store has rich pins.

How to connect Shopify to Pinterest or Integrate Shopify with Pinterest? Connecting Pinterest to Shopify is easy and can be solved in a few steps. Go to your Shopify Dashboard and then click on the Apps option below in the menu and install Pinterest App on your dashboard.

How to sell on Pinterest with Shopify? The most interesting part about Shopify and Pinterest. Most customers and SMEs ask about this quest.

Obisively selling on Pinterest with Shopify is not a piece of cake but also it’s not rocket science that no one can do it.

As we mention again and again about the Pinterest Shopify partnership it’s the easiest way to sell on Pinterest with Shopify.

Besides this, there is another way to sell on Pinterest with Shopify but … Keep in mind it’s a little bit hard and of course free of cost. For this, you will need to pin daily and at least create 10 to 20 pins per day with the best design ideas and proper title optimization, Hashtags, and description with proper keywords use. This method is an organic way and can scale your sales on Pinterest with Shopify free of cost.

It takes time and do a lot of effort on daily basis but it will help you to build the presence and followers of your business on Pinterest. Once you have real active followers then you have the opportunity to convert them into leads.

To sum up, Where there’s a will there’s away. Pinterest has a huge number of active users and improving year by year. The best thing about Pinterest is most of them are females and high convertible ratio. So what do you think? Start! Now Pinterest Shopify integration.